What the Heck Is Black Angus Beef? 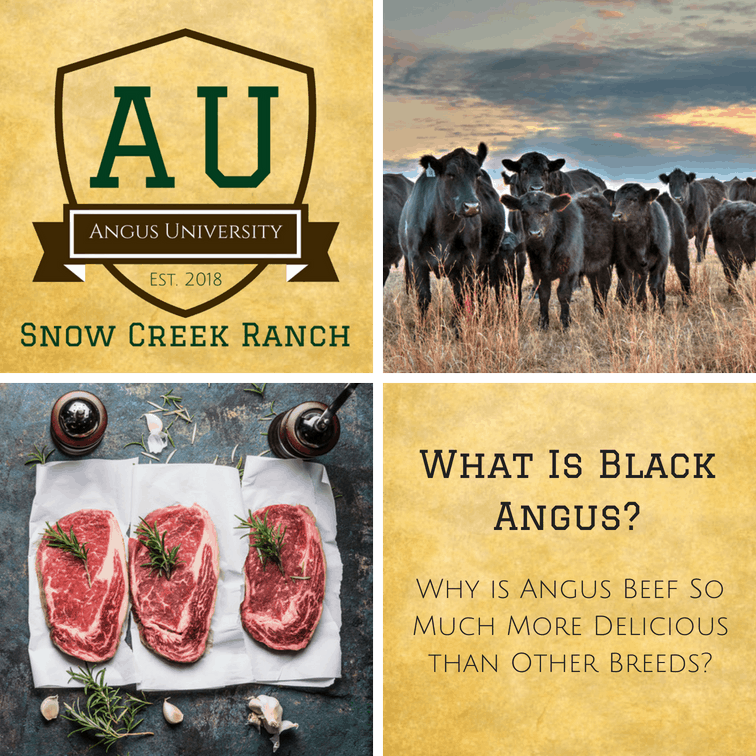 And Why Is It So Delicious?

Celebrated for its rich flavor, melt-in-your-mouth texture, and heavy marbling, Black Angus Beef has become widely celebrated lately as some of the tastiest beef available. Black Angus meats are so popular today that even chain, quick service, and fast food restaurants have added Angus beef as a description on their burger menus.

You may have noticed that you sometimes pay a premium for Black Angus meats as well.

The question is, what makes Black Angus worth the extra expense? Why is it so much tastier than regular supermarket beef, or fast food burger?

Class is in session for this month’s Angus U!

Today, we’re going to take a deep dive into Black Angus beef, exploring what it is, where it came from, why it’s so damn tasty, and how we make sure Snow Creek Ranch Black Angus is the tastiest you can get your hands on.

What is Angus Beef?

Like many great stories, the story of American Angus begins in the 70s – the 1870s that is! “Angus,” is actually a breed of cattle originating in Scotland. In 1872, four Angus bulls were brought to the US to help found a wealthy colony of British ranchers in Kansas. Just a few years later, most of those ranchers had headed back where they came from, but those 4 sturdy bulls (and a bunch of their offspring) remained.

Because Angus do well in the winter, and produce a lot of meat relative to their body weight, over the next century or so Angus-influenced herds spread like crazy. Unfortunately, with no real way to control the quality of all these herds, the quality of Black Angus meats suffered, until finally – in the 1970s – the American Angus Association created the Certified Angus Beef Brand.

The Certified Angus Beef brand enabled the Association to influence the breeding and feeding programs of cattle ranchers, and over time Angus became the American Standard for flavor, tenderness, and marbling.

With the history out of the way, we can drill down a bit into some specific characteristics to help us define what is Black Angus, and more importantly, why Snow Creek Ranch Black Angus is so amazing.

As you can see from looking at some photos of our own herd, Black Angus cattle are predominantly black.

To qualify as certified Angus Beef, their hide must be at least 51% black. 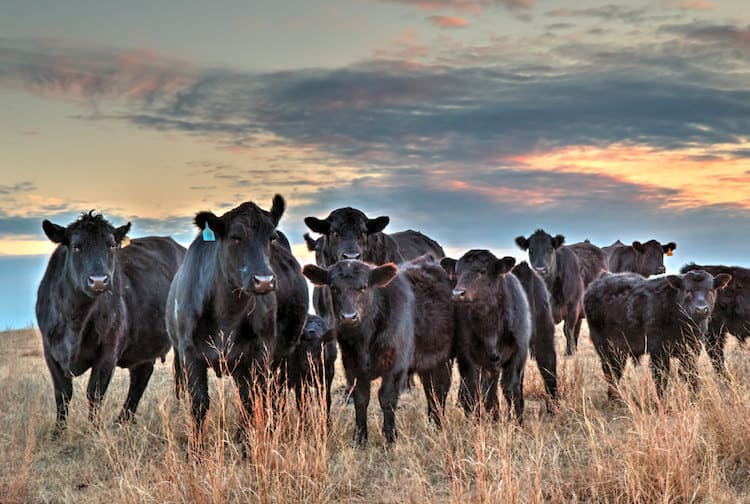 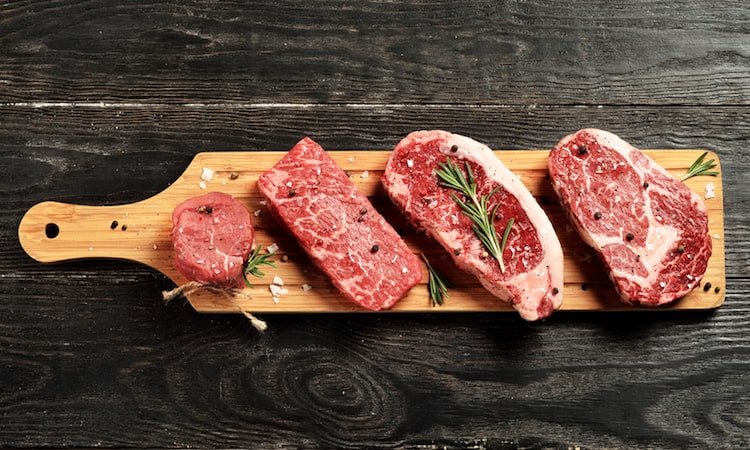 In order to produce the tastiest meat, the cattle also have to be healthy and live a low-stress lifestyle. While it’s easy for the uninformed consumer to dismiss the health and lifestyle concerns of cattle, true beef lovers know that a healthier, happier steer makes for a more delicious steak.

At Snow Creek Ranch, we think this is so important that Grandma Kisses Every Cow!

It’s also why our cattle are pastured for their entire lifecycle. It makes the cows happier because they have plenty of room to roam. It makes us happier because we believe responsible stewardship of our land is so important. And it makes you – our customer – happier because you get to enjoy ethically raised, naturally delicious steaks, roasts, and burger.

“Why does this matter to me?” you’re asking.

That means our steaks have a head start in marbling, tenderness, and flavor over the Black Angus meats you might get in the supermarket or steakhouse.

So we’ve already talked about marbling a few times in this session. Marbling is one of the most important factors that contribute to making your steak tender and delicious.

To make the grade as Certified Angus Beef, the marbling must be rated Modest or higher by a USDA inspector, with Medium or Fine texture.

Because Angus cattle are one of the most marbly breeds available, and since our cattle are so genetically pure, the marbling of a Snow Creek Ranch Steak is truly remarkable, giving them a rich, almost buttery texture.

We went deep on why marbling is so important in our last Angus U session, so I don’t want to repeat myself here.

If you want even more information about this super important factor in the flavor of your steak, check that out.

Because Snow Creek Ranch Black Angus cattle are so genetically pure, they tend to have an even more substantial REA than other ranchers’ cattle.

This is also the cut that inspectors use to determine the marbling grade of a Black Angus steak. And our ribeyes show off the mouth-watering results of our marbling program better than any other cut. 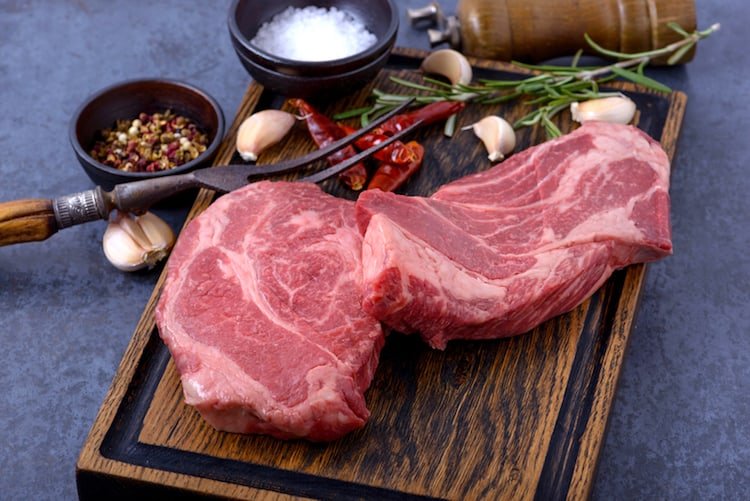 This is one of our most popular steaks. It’s tender, juicy, has an almost velvety mouth-feel, and an intensely beefy flavor, thanks to way the marbling melts into the meat as you grill it.

I may need to take a Ribeye break now before I finish this post.

Where Can I Get Snow Creek Ranch Dry Aged Steaks?

Here's how to get your hands on a Snow Creek Ranch Dry Aged, Beautifully Marbled Steak: 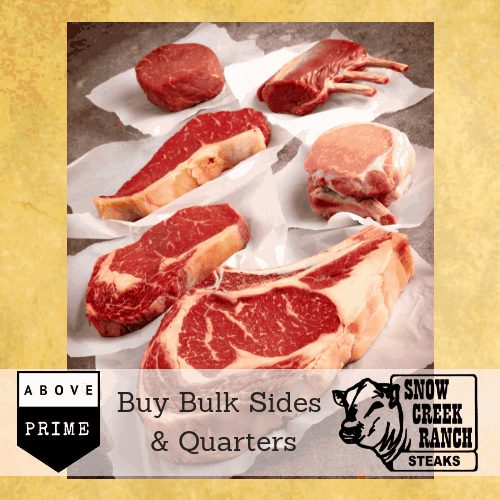 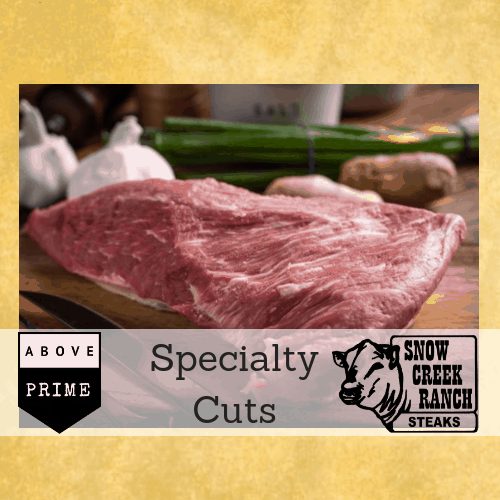 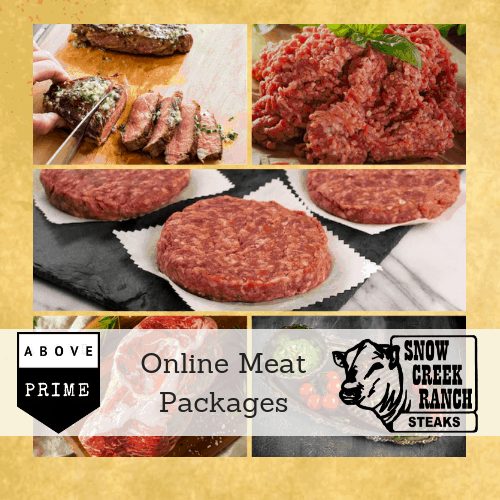 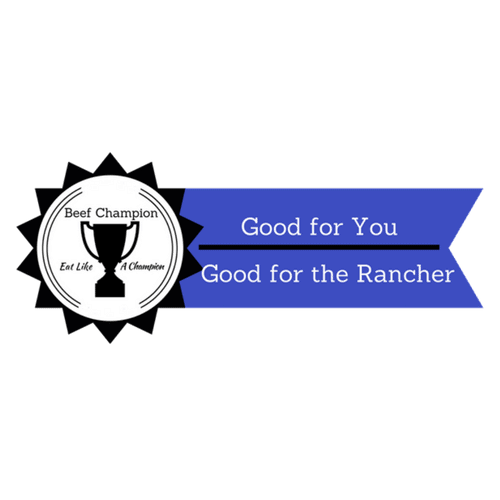 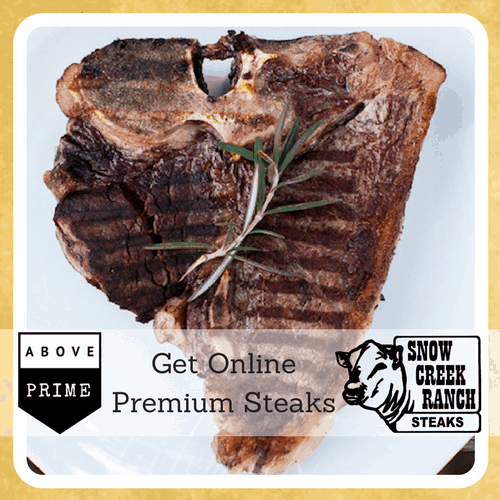 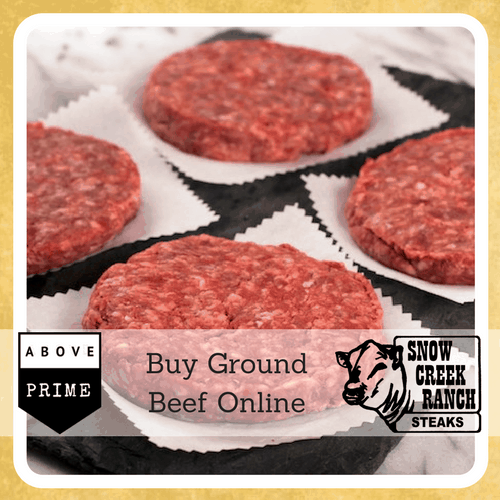 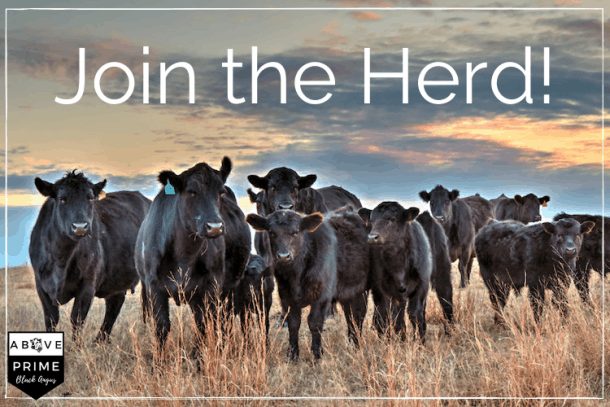 We Have the Beef.

Sign Up for Herd News to Get First Crack at Our Full Selection of Mouth Watering Steaks, Roasts, Burger and Specialty Cuts!

Join nearly 10,000 subscribers who get Ranch news and top-secret subscriber-only specials delivered directly to their inboxes.

Thanks for joining the herd. Be sure to check your email for a coupon code, good for your first purchase of $75 or more.